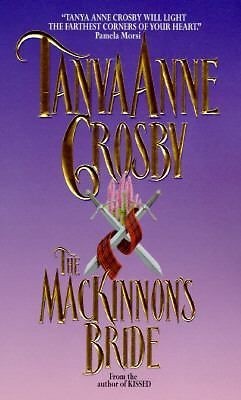 I’ve said this before and I’m sure I’ll say it again. Sometimes, I just don’t feel like thinking. I picked up this book back in April when I was doing a lot of travelling and I completely forgot to write a review when I finished reading, so it’s a bit late. It helped that I also got the book free on Amazon during a promotion. You can never go wrong with free books.

This highland romance novel was about Iain MacKinnon and his son (who is kidnapped at the beginning by the English). In retaliation for the kidnapping, Iain captures the daughter of his enemy, expecting to use her as a bargaining tool. Things don’t work out in his favour though as the English laird doesn’t want her back. She is of course, furious at being kidnapped, and in a typical romance story sort of way, they fall for each other while the rest of the MacKinnon clan look on with disapproval.

I didn’t start getting into the story until the last 25% or so. It felt like there was a lot of “filler” material throughout, as though the author was trying to meet some sort of page deadline. I enjoyed the basic story, but the characters (for me) fell short. I grew frustrated with Page as soon as I met her. One minute she seems hell bent on getting her way and is a ferocious lion and the next second she’s as brainless as a scarecrow without any real reason.