When the Netflix series of Bridgerton came out, people flocked to it. I didn’t realize it was actually a book well before it ever became a series, and while looking at the reviews I noticed that Felicia Day (who I happen to follow on GoodReads) had a recommendation for people who enjoyed these types of historical romance – and that’s how I came to find Desperate Duchesses. I attempted to read Bridgerton and I did NOT enjoy it at all. This book though? This book was magical.

If you’re a fan of The Queen’s Gambit (another Netflix show, what can I say) then you’ll appreciate this book even more, because there are some intense chess scenes in the book that will take you right back to that show. The author has a fantastic way with words, and this book was an incredible way to relax that did not require very much brain power but still kept me interested enough to turn the pages. It was like listening to a conversation take place instead of reading.

You’ll follow the story of Lady Roberta St. Giles as she tries to meet the man of her dreams (who she thinks is Duke Villier) but spread throughout the story is a number of other interesting characters, including her father (a poet) known as the Mad Marquees, and her distant cousin, Jemma, who is a bit of a calculating fiend, to be honest.

Without spoiling any of the book, I will say that the reviews of it can be quite harsh, so I’d give it a go yourself if you’re interested in those types of books and not rely solely on the public. Otherwise, I might not have given it a chance at all – and I’m so glad I did. 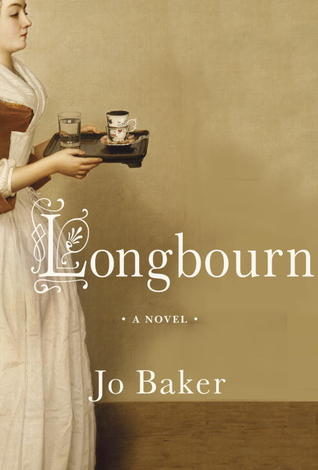 I picked up this book not quite sure what I was expecting. It tells the story of the servant’s point of view of “Pride and Prejudice” and I suppose I was looking for a book that actually emulated Jane Austen’s writing style. On that level, Longbourn failed to deliver. I found the story incredibly dull and boring, the author spends a lot of time going into minute detail about things that just don’t matter (like foliage) and I kept waiting for something to happen or improve or get better – only it never did.

The book is incredibly dark and sad, and the servants assume their lives are an endless misery. To quote someone else’s review, “it starts out bleak, it continues dire, and it crosses the finish line with a vague “so that turned out okay, I guess.“”. The writing itself was well done if you can look past the fact that the narrative is all over the place. It gets confusing but that’s not a deal breaker for me.

It wasn’t the book I was hoping it would be, and that’s a shame. I just didn’t enjoy it.

The year is 1942, and Maddie and Ellis Hyde are out enjoying themselves at a New Year’s Eve party. Unfortunately neither one conducts themselves very well, and somehow through a weird series of incidents, they end up being financially cut off from their family, and headed to Scotland in the middle of a war to prove that the Loch Ness monster is a thing.

Maddie and Ellis (married) are friends with Hank (who is also very wealthy) and all three head to Scotland on a ship in the middle of a war. Of course that’s not how we’re introduced to the book. First we learn of a mysterious woman who has just found out that her husband was killed, and their child has just died, and she is heartbroken so she kills herself by drowning in the lake that the Loch Ness monster lives in. If you think this book is a story about the Loch Ness monster, you would be incorrect. While this is the main theme played up in the beginning of the book, it becomes the background story and then resurfaces again near the end. Instead this book is about spoiled adults who treat each other poorly, and secret romances where in the end it’s all tied up neatly in a ‘too good to be true’ formula. Ellis is entitled, rude, and just plain mean. He treats Maddie poorly throughout the entire book and there’s never a redeeming quality about him in any chapter. He’s constantly drunk and making snide remarks about social standings. The reader is very obviously supposed to dislike him, but it comes across as being a bit too much. Especially near the end of the book where he completely loses it in a number of ways that I just couldn’t believe. Hank starts off as being exactly like Ellis, but then as we reach the end of the book we feel like we should forgive him because he has seen the error of his ways. I also didn’t quite believe this. Finally there’s Maddie, who is treated poorly but never stands up for herself, even though she talks about doing it often. She follows along to Scotland, begs her Dad for help, has her world fall apart, falls in love with another man while still being married, excuses her unfaithful behaviour by the reasoning that her own husband is horrid (which he is, but is that a reason to cheat?), has her father die, and yet still manages to ‘win it all’ by the end.

Honestly the best part of this book was the story of the widower, and we weren’t given enough information at all about his circumstances or enough details about the Lock Ness. Instead it just seemed like a cheap attempt at pulling at heartstrings (which worked) until everything all worked out at the last possible second. It’s too easy to feel happy about this outcome when the main character experiences nothing but hardship throughout the entire book (whether it is because of her own doing or otherwise).

An easy read and probably a good one for a lazy Sunday afternoon, but not highly recommended.

I’m not exactly sure how this book was recommended to me. I believe it was on sale for a great price on Amazon, and then after taking a look at some reviews or reading a portion of the book I decided that I should read it. I’m incredibly glad that I did. It was probably the most beautiful book I read in 2014 and it left an impression on me that I won’t quickly forget.

The story is about Yun Ling Teoh and her life at different stages. There is her past, in which is as a prisoner in a Japanese wartime camp, then the part of her life where she is training under Aritomo as an apprentice to design gardens, and then her present, where she is slowly coming to grips with the fact that she has a disease that may take from her everything she holds dear.

“Once I lose all ability to communicate with the world outside myself, nothing will be left but what I remember. My memories will be like a sandbar, cut off from the shore by the incoming tide. For what is a person without memories? A ghost, trapped between worlds, without an identity, with no future, no past.”

Readers learn each of the hardships she has had to face, and how she moved forward (or didn’t). The book is so incredibly beautiful that I think writing out everything that happens in it would be a disservice to the reader, so I’m going to leave this review pretty sparse for details, aside from what I have already mentioned. It was beautiful, haunting, and I highly recommend it.