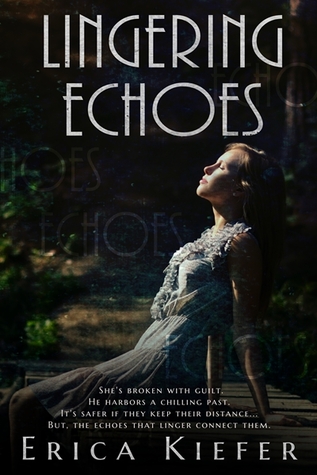 I received this book from NetGalley for an honest review, my thanks to the publishers.

I’m not sure what sparked my interest in this book, I think it was a whim more than anything else. Perhaps the fact that it showed up listed in a NetGalley email which should say something for those types of promotions working at least.

Readers first learn about Allie Collins and her family through a lot of bickering between them all. She has been sent to her family’s summer cottage with a friend of hers, and her extended family. All her and her family does is fight. The cottage is the location of a pretty horrific accident that happened a previous year so it is no wonder that she doesn’t want to be there. She meets Damien while she’s there, but you’re introduced to him because of the way he keeps stalker Allie. Well, perhaps stalking is too harsh a word, he just ‘turns up’ wherever she is.

I had a really hard time believing any of the characters. It felt like they weren’t completely fleshed out, and their conversations and even actions felt lacking. When I first began reading the book it felt as though I had been thrust part way into some other novel without any real explanation on what was going on or why these people were acting and reacting the way they were.

In a very ‘Twilight-esc” way, Allie starts to get interested in ‘bad boy’ Damien. While there are glimmers of a strong female character in there, her actions constantly leave me frustrated. Try as I might I just could not get into the writing style or the story. Things do pick up later on, as you start to realize what’s going on and the mystery surrounding the main characters, but you have to read through a good portion of the book before that starts to happen.

One thing to keep in mind is that it is a young adult book. While the story is ‘romance’ at its core with some pretty heavy themes, the writing style is meant to appeal to a younger audience, and it shows. That’s not necessarily a bad thing, it just wasn’t the book for me.